Importance  Although retrievable inferior vena cava filters are frequently used in addition to anticoagulation in patients with acute venous thromboembolism, their benefit-risk ratio is unclear.

Interventions  Full-dose anticoagulation for at least 6 months in all patients. Insertion of a retrievable inferior vena cava filter in patients randomized to the filter group. Filter retrieval was planned at 3 months from placement.

Results  In the filter group, the filter was successfully inserted in 193 patients and was retrieved as planned in 153 of the 164 patients in whom retrieval was attempted. By 3 months, recurrent pulmonary embolism had occurred in 6 patients (3.0%; all fatal) in the filter group and in 3 patients (1.5%; 2 fatal) in the control group (relative risk with filter, 2.00 [95% CI, 0.51-7.89]; P = .50). Results were similar at 6 months. No difference was observed between the 2 groups regarding the other outcomes. Filter thrombosis occurred in 3 patients.

Importance Clostridium difficile is the most common cause of health care–associated infection in US hospitals. Recurrence occurs in 25% to 30% of patients.

Design, Setting, and Participants  Phase 2, randomized, double-blind, placebo-controlled, dose-ranging study conducted from June 2011 to June 2013 among 173 patients aged 18 years or older who were diagnosed as having CDI (first episode or first recurrence) and had successfully completed treatment with metronidazole, oral vancomycin, or both at 44 study centers in the United States, Canada, and Europe.

Main Outcomes and Measures  The primary outcome was safety and tolerability of NTCD-M3 within 7 days of treatment. Exploratory secondary outcomes included fecal colonization with NTCD-M3 from end of study drug through week 6 and CDI recurrence from day 1 through week 6.

Conclusions and Relevance  Among patients with CDI who clinically recovered following treatment with metronidazole or vancomycin, oral administration of spores of NTCD-M3 was well tolerated and appeared to be safe. Nontoxigenic C difficile strain M3 colonized the gastrointestinal tract and significantly reduced CDI recurrence.

BACKGROUND In Canada, cesarean delivery rates have increased substantially over the past decade. Effective, safe strategies are needed to reduce these rates.

METHODS We conducted a cluster-randomized, controlled trial of a multifaceted 1.5-year intervention at 32 hospitals in Quebec. The intervention involved audits of indications for cesarean delivery, provision of feedback to health professionals, and implementation of best practices. The primary outcome was the cesarean delivery rate in the 1-year postintervention period.

CONCLUSIONS Audits of indications for cesarean delivery, feedback for health professionals, and implementation of best practices, as compared with usual care, resulted in a significant but small reduction in the rate of cesarean delivery, without adverse effects on maternal or neonatal outcomes. The benefit was driven by the effect of the intervention in low-risk pregnancies.

BACKGROUND Alcoholic hepatitis is a clinical syndrome characterized by jaundice and liver impairment that occurs in patients with a history of heavy and prolonged alcohol use. The short-term mortality among patients with severe disease exceeds 30%. Prednisolone and pentoxifylline are both recommended for the treatment of severe alcoholic hepatitis, but uncertainty about their benefit persists.

CONCLUSIONS Pentoxifylline did not improve survival in patients with alcoholic hepatitis. Prednisolone was associated with a reduction in 28-day mortality that did not reach significance and with no improvement in outcomes at 90 days or 1 year.

BACKGROUND The consensus definition of severe sepsis requires suspected or proven infection, organ failure, and signs that meet two or more criteria for the systemic inflammatory response syndrome (SIRS). We aimed to test the sensitivity, face validity, and construct validity of this approach.

METHODS We studied data from patients from 172 intensive care units in Australia and New Zealand from 2000 through 2013. We identified patients with infection and organ failure and categorized them according to whether they had signs meeting two or more SIRS criteria (SIRS-positive severe sepsis) or less than two SIRS criteria (SIRS-negative severe sepsis). We compared their characteristics and outcomes and assessed them for the presence of a step increase in the risk of death at a threshold of two SIRS criteria.

CONCLUSIONS The need for two or more SIRS criteria to define severe sepsis excluded one in eight otherwise similar patients with infection, organ failure, and substantial mortality and failed to define a transition point in the risk of death.

Trauma outcomes are improved by protocols for substantial bleeding, typically activated after physician evaluation at a hospital. Previous analysis suggested that prehospital vital signs contained patterns indicating the presence or absence of substantial bleeding. In an observational study of adults (aged ≥18 years) transported to level I trauma centers by helicopter, we investigated the diagnostic performance of the Automated Processing of the Physiological Registry for Assessment of Injury Severity (APPRAISE) system, a computational platform for real-time analysis of vital signs, for identification of substantial bleeding in trauma patients with explicitly hemorrhagic injuries. We studied 209 subjects prospectively and 646 retrospectively. In our multivariate analysis, prospective performance was not significantly different from retrospective. The APPRAISE system was 76% sensitive for 24-h packed red blood cells of 9 or more units (95% confidence interval, 59% – 89%) and significantly more sensitive (P < 0.05) than any prehospital Shock Index of 1.4 or higher; sensitivity, 59%; initial systolic blood pressure (SBP) less than 110 mmHg, 50%; and any prehospital SBP less than 90 mmHg, 50%. The APPRAISE specificity for 24-h packed red blood cells of 0 units was 87% (88% for any Shock Index ≥1.4, 88% for initial SBP <110 mmHg, and 90% for any prehospital SBP <90 mmHg). Median APPRAISE hemorrhage notification time was 20 min before arrival at the trauma center. In conclusion, APPRAISE identified bleeding before trauma center arrival. En route, this capability could allow medics to focus on direct patient care rather than the monitor and, via advance radio notification, could expedite hospital interventions for patients with substantial blood loss.

Background: During spinal anesthesia for cesarean delivery, phenylephrine can cause reflexive decreases in maternal heart rate and cardiac output. Norepinephrine has weak β-adrenergic receptor agonist activity in addition to potent α-adrenergic receptor activity and therefore may be suitable for maintaining blood pressure with less negative effects on heart rate and cardiac output compared with phenylephrine.

Methods: In a randomized, double-blinded study, 104 healthy patients having cesarean delivery under spinal anesthesia were randomized to have systolic blood pressure maintained with a computer-controlled infusion of norepinephrine 5 μg/ml or phenylephrine 100 μg/ml. The primary outcome compared was cardiac output. Blood pressure heart rate and neonatal outcome were also compared.

Results: Normalized cardiac output 5 min after induction was greater in the norepinephrine group versus the phenylephrine group (median 102.7% [interquartile range, 94.3 to 116.7%] versus 93.8% [85.0 to 103.1%], P = 0.004, median difference 9.8%, 95% CI of difference between medians 2.8 to 16.1%). From induction until uterine incision, for norepinephrine versus phenylephrine, systolic blood pressure and stroke volume were similar, heart rate and cardiac output were greater, systemic vascular resistance was lower, and the incidence of bradycardia was smaller. Neonatal outcome was similar between groups.

Conclusions: When given by computer-controlled infusion during spinal anesthesia for cesarean delivery, norepinephrine was effective for maintaining blood pressure and was associated with greater heart rate and cardiac output compared with phenylephrine. Further work would be of interest to confirm the safety and efficacy of norepinephrine as a vasopressor in obstetric patients.

Background: Despite implementation of lung-protective ventilation strategy, acute respiratory distress syndrome is associated with significant mortality, which necessitates the evaluation of ventilatory modes other than conventional lung-protective strategy. This meta-analysis of the randomized controlled trials has been undertaken to know whether high-frequency oscillatory ventilation (HFOV) provides any mortality benefit over conventional ventilation in adult patients with acute respiratory distress syndrome.

Results: A total 1,759 patient data from seven randomized controlled trials have been analyzed here. Primary outcome of the review is in-hospital/30-day mortality and secondary outcomes are duration of intensive care unit stay, duration of mechanical ventilation, requirement of additional treatment, and complications associated with the interventions. HFOV does not offer any in-hospital/30-day mortality benefit (386 of 886 in HFOV vs. 368 of 873 in conventional ventilation; risk ratio, 0.96; 95% CI, 0.77 to 1.19;P = 0.70) over conventional ventilation. It may also prolong the duration of mechanical ventilation (mean difference, 1.18 days; 95% CI, 0.00 to 2.35 days; P = 0.05). Duration of intensive care unit stay (mean difference, 1.24 days; 95% CI, −0.08 to 2.56 days; P = 0.06) and requirement of neuromuscular blocker is similar between two treatment arm. Incidence of refractory hypoxemia is significantly less (risk ratio, 0.60; 95% CI, 0.39 to 0.93; P = 0.02) with the use of HFOV. HFOV is not associated with increased incidence of barotrauma and refractory hypotension.

Conclusion: HFOV should not be used routinely in all adult patients with acute respiratory distress syndrome as primary ventilation strategy in place of conventional lung-protective ventilation.

Background: This study was designed to assess the feasibility of dual closed-loop titration of propofol and remifentanil guided solely by the Bispectral Index (BIS) monitor in pediatric and adolescent patients during anesthesia.

Methods: Children undergoing elective surgery in this single-blind randomized study were allocated into the closed-loop (auto) or manual (manual) group. Primary outcome was the percentage of time with the BIS in the range 40 to 60 (BIS40–60). Secondary outcomes were the percentage of deep (BIS<40) anesthesia and drug consumption. Data are presented as median (interquartile range) or number (%).

Conclusion: Intraoperative automated control of hypnosis and analgesia guided by the BIS is clinically feasible in pediatric and adolescent patients and outperformed skilled manual control.

Background: Even though ropivacaine is frequently used during orthopedic surgery, the relationship between plasma concentrations and degree of sensory anesthesia after a peripheral nerve block is currently unknown. The aim of this study was to characterize this relation using population pharmacokinetic–pharmacodynamic modeling.

Methods: Femoral nerve block was performed by the anterior approach using a single injection (20 ml) of 0.5% ropivacaine hydrochloride in 20 patients scheduled for total knee arthroplasty under spinal anesthesia. Sensory thresholds in response to a gradual increase in transcutaneous electrical stimulation (primary endpoints), loss and recovery of ice-cold sensation, as well as total ropivacaine plasma concentrations were determined up to 4 days after administration of the local anesthetic. Using NONMEM (ICON, USA), sensory block was modeled by assuming an equilibration delay (ke0) between amount in the depot and effect-site compartments.

Conclusions: A population pharmacokinetic/pharmacodynamic model was developed that quantitatively describes the sensory component of a femoral nerve block in orthopedic patients. Further clinical studies will be needed to validate the clinical relevance of this finding.

Background Anaesthetists may fail to recognize and manage certain rare intraoperative events. Simulation has been shown to be an effective educational adjunct to typical operating room-based education to train for these events. It is yet unclear, however, why simulation has any benefit. We hypothesize that learners who are allowed to manage a scenario independently and allowed to fail, thus causing simulated morbidity, will consequently perform better when re-exposed to a similar scenario.

Conclusions Allowing residents to practise independently in the simulation laboratory, and subsequently, allowing them to fail, can be an important part of simulation-based learning. This is not feasible in real clinical practice but appears to have improved resident performance in this study. The purposeful use of independent practice and its potentially negative outcomes thus sets simulation-based learning apart from traditional operating room learning.

Methods: This was a prospective, multicenter, binational observational study involving 40 ICUs in Australia and New Zealand. Participants were consecutive adult patients discharged alive from the ICU between September 2009 and February 2010.

Conclusions: In this large, prospective, multicenter, binational observational study, we found that patient status at ICU discharge, particularly the presence of LOMT orders, was the chief predictor of hospital survival. In contrast to previous studies, the timing of discharge did not have an independent association with mortality. 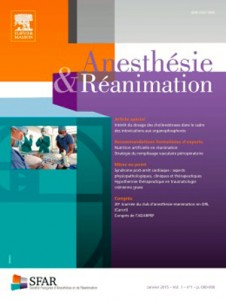 OBJECTIVE: In this Phase II pilot study, we tested the hypothesis that active IPR therapy would improve the haemodynamic status of patients who developed clinically significant hypotension during abdominal surgery.

INTERVENTION: If intraoperative hypotension occurred more than 10 min after induction, the IPR device was applied immediately for a minimum of 10 min.

MAIN OUTCOME MEASURE: The hypotensive SBP immediately before the start of IPR treatment was compared with the SBP obtained at the end of IPR therapy. The paired Student’s t-test was used to determine statistical significance (P < 0.05).

CONCLUSION: IPR may be useful in treating intraoperative hypotension without additional fluid or vasopressor therapy. No significant adverse events were observed. On the basis of this phase II pilot study, a larger study is justified.